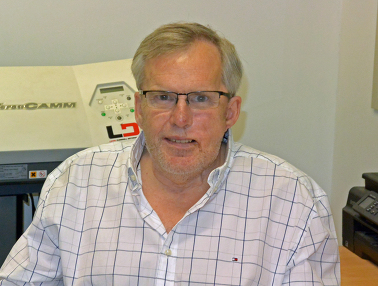 “I believe you are better off making an incorrect decision than no decision; better off being wrong and working out what to do, than not doing anything.”

So, says 59 year old Garry Dumbrell, one of the driving forces behind the rise and rise of the Autobarn stores.

Garry’s move into automotive retail started in 1977 when his mother passed away and bequeathed him $5000. He used that money to buy two Brians Speed Shops; at 310 High St, Northcote, and 857 Sydney Rd, Brunswick.

“By coincidence, I was one of first Autopro dealers,” he said. “The stores just multiplied after that.” By 1985 he had seven stores.

In 1985, nine like-minded business owners, led by Amos Bush of Horseless Carriage fame, met at the Pathfinder Motor Inn on the corner of Cotham and Burke Roads, Kew, Victoria. The intention of bringing together successful specialist automotive parts and accessory retailers to consolidate the purchasing and marketing of their businesses under a group banner.

All in attendance were concerned with where the automotive aftermarket was progressing. The business owners felt threatened by the advances made by competitors, including mass merchants, hardware stores and service stations, and the possible impact on each business going forward. After some fiery debate, it was agreed that a group known as Autobarn would be formed with the nine business owners being the shareholders. Each shareholder contributed $3000 as start-up funding. This seed capital was the only cash ever put up by the shareholders.

Garry said the name Autobarn was agreed by all as the least disliked of a number of proposals. The initial structure was in the form of a cooperative known as ASPAR Cooperative, (Automotive Spare Parts and Accessory Retailers).

In August 1985, the Autobarn brand was launched at a small office in Thornbury, and Victoria run by Amos Bush, the cooperative chairman and manager George Kallinikos, with the nine shareholders and 11 stores in the stable covering the Melbourne metropolitan area and several regional centres throughout Victoria.

Garry and George Kallinikos acquired the Dynamic Auto Accessory Group from the McEwans Hardware chain (Ariadne), which swelled members significantly. Other members joined through the original vision of the founding members.

In 1991, the cooperative merged into a franchise based system to become Autobarn Pty Ltd. “Autobarn’s approach to franchising and to achieve pre-eminence in this sector was based on the knowledge that its own success was closely linked to the success of its franchisees, and was to be the underlying principle of the Autobarn culture,” Garry said.

In September 2006, two of the founding shareholders, Garry and Paul Dumbrell, and Danny Wallis, CEO of the publicly listed company DWS, put forward an offer to purchase the shares of the remaining shareholders. This was subsequently accepted and Garry entered the business as Managing Director.

“We wanted extra rebates, and they wanted to take rebates off us,” Garry said. “As George and I were leaving we said, ‘boy if these guys ever run into trouble were in trouble because we’ve got no other source other than these guys.’

“Unknown to us they (National Parts) were in financial jeopardy, and within six months they went into liquidation. They owned the Autopro name, which is the trade name; Autobarn is the retail name. We had to buy that (Autopro) name.

“We bid on the business, but our bid was not the highest,” he said. “Repco’s was the highest bid. We found out at 5:05 p.m. on a Friday. We were in strife because Repco’s bought it and they don’t like us; We’ve got no product.

“On the Monday, the liquidator rang and said for whatever reason Repco were not going through with the deal, so they offered to accept our bid, which was only for the stock.

“I believe there were a couple of other bidders, but we had to gazump everyone because we had $5m worth of stock, purchased at a discount price.”

Garry said it was a learning curve, and wasn’t always easy with the weight of responsibility: “We had the whole gantry of becoming a wholesaler of major proportions with some 80 or 90 stores relying on us getting this right,” he said.

The purchase of National Parts and the Autopro name was the catalyst for the big jump in the size of the group, which went from about 90 stores to more than 200, with distribution centres around the country.

As for Garry, life hasn’t always been an easy road: “I decided not to retire. I’ve been told four times I will pass away, and the doctors haven’t been right once. So, I’ll keep working as a Nissan car dealer,” he said.