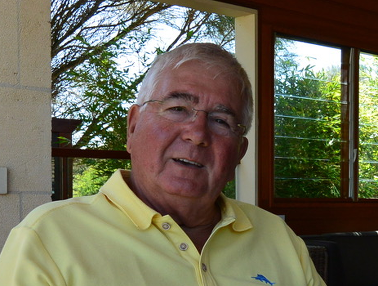 A broken promise was the catalyst that led to Brian and wife Marilyn Baxter building a family orientated auto electrical empire with a staff that has included a son in law, two daughters and a niece.

It’s been an amazing journey for the 69-year-old auto electrician who was born “somewhere near Swan Hill,” and grew up in Hawthorn, a punt kick away from the famous Glenferrie Oval.

“I started with Thorne & Dean in Hawthorn as the battery boy,” Brian said. “In 1975-76 I went to school to become an auto electrician and ended up running the auto electrical shop.

“Then Brian Cumi bought the company and moved the business to Kew (next to Kew Chrysler), and then opened a branch in Bayswater, in the Ramsey Fibreglass building. I ended up assisting to run the fibreglass division while running the auto electrical division.”

In 1977, Brian left, and with his wife, Marilyn, started their own auto electrical business. Trading as Baxters Auto Electrical, they secured service contracts with major transport groups and bus operators across Melbourne.

“I’d had a large confrontation with Brian (Cumi),” he explained. “He promised me a shareholding in the business but didn’t deliver, so I left.”

Brian and Marilyn started out doing car and trucks repairs: “I went after a few major clients,” Brian said. “I had Marchetti Transport, Finemores Transport, Bunker Freight Lines, Deluxe Coachlines Australia (Australia’s largest bus operator at the time – more than 200 coaches). My biggest customer, Carlton and United Breweries Ltd, which in 1979 had about 180 delivery vehicles.”

Kenworth had developed into a major part of the Baxter wholesale business. In 1988, land was purchased at Boronia and a warehouse and office complex constructed. It was close to the Kenworth facility at Bayswater where JIT deliveries were required.

“Back in the early 1990s there was a bloke in Wangaratta who started up Deluxe Coachlines to go up against Greyhound,” Brian said. “He ended up going broke and got me for $60 or $70,000.

“That bloke had 200 express buses and we had their business through Detroit because they were Denning buses with Detroit engines.

“Then we started doing a bit of work for Denning. Basically, we started to break away from the car industry and were doing heavy duty.”

The service and repair business was sold in 1993. A major change started through Boustead Trading, which had the Leece Neville alternator agency.

“About 1989, Boustead Trading took me overseas and I visited a couple of the factories in America. That company (Boustead) ended up turning up their heels due to a major trauma within the company,” Brian said.

“I approached Leece Neville to become their distributor and ended up taking over the Leece Neville agency, as well we had the sole business of Kenworth and Mack trucks in Brisbane.”

In the 1980s, Baxters Auto Electrical started acquiring agencies. Leece Neville was tied in with Motorola, and they had Motorola parts, which was part of Valeo, a France-based multinational automotive supplier. Shortly afterwards, Brian vigorously pursued and won the Delco Remy agency.

In the 1980s and 1990s, to grow his business, Brian took the road, driving thousands of kilometres along the east coast and into Outback areas in Queensland and New South Wales. “We didn’t have representation in all areas, and I was trying to set up a service network for Kenworths and Macs,” he explained. We would fly the stock north, then I’d fly up and hire a car, usually a Holden, load it up and go for a drive.

“Most times I would be carrying alternators, starters and regulators. Any spare parts we thought we could sell, like bearings, we would package up and I would take them on the road.”

By 1992 the business had started to grow away from being service-orientated to parts-supply: “We saw the light: there was more money and less hassles selling parts, so we started opening branches around Australia,” Brian said.

The business grew rapidly during the 1990s and in 2004 land was acquired at Knoxfield and a 2,500 sq.m warehouse and 600 sq.m office complex was built and became Baxters corporate head office.

Baxters developed close associations with major manufacturers of heavy duty automotive electrical products in the U.S., Europe and Britain, and commenced opening branches in all States.

In 2007/2008 Brian further added value to his businesses by developing a lighting division called Roadvision. In 2011, Roadvision commenced distribution of Peterson products after gaining sole distribution rights for our marketplace.

In 2014, Roadvision acquired Brytec, a company who specialised in the light duty trailer and caravan market, something that complimented Baxters heavy duty range.